I picked up my first device running the Android operating system yesterday: the Archos 7 home tablet.

It does have some redeeming qualities: END_OF_DOCUMENT_TOKEN_TO_BE_REPLACED

Here is a computing hobby project I am considering putting together.  The objective is to clamp the device to the top of a tree somewhere with good exposure to sunlight, and to establish a line of sight network connection to the device to view and/or control its camera.  Think of it as a mini ground-mounted spy satellite. END_OF_DOCUMENT_TOKEN_TO_BE_REPLACED

I’m no fan of Apple’s exclusion of Flash content from the iPhone OS.   But I acknowledge and accept that it exists, and that Apple customers represent an important and growing market share.  There are some valid technical merits to the exclusion of Flash.    You do use up more CPU power to play a video that is being resized from one resolution to another.  The video controls of most flash video players are designed with mice in mind, not fingertips.

At the same time I’m amazed by the entirely broken state of the internet at this moment when using an Apple iPhone OS device.

These are sites of companies who put 100% of their eggs into the Flash basket, and because of their overdependence on this single dependency, they now ignorantly extend their middle fingers to the entire market of affluent iPhone OS users.   There are hundreds, probably thousands of web sites that resemble these.  The incompetent developers responsible for these epic fails deserve to get “The axe”; along with the executives that authorized all of their development resources to go into a 3rd party plug-in that is banned on the most popular mobile platform.

I feel sorry for all these companies.  The amount of customers they are losing out on is accelerating rapidly.  This provides consultants who are highly skilled in the realms of Web-standards based programming to rescue these poor slobs from the mess that they have landed themselves in.  As a open standards focused developer, I have been lucky never to invest any of my time into learning to develop Flash content, and because of Apples move to destroy its competition, that decision is now paying dividends.

While I’ve experienced some amazing Safari-based web applications, you can be certain that they will always be at a disadvantage compared to native iPhone apps.  So forget about trying to access the accelerometer or the digital camera with an HTML5 app.  So anything that might want to access these hardware capabilities  is going to need a native iPhone OS client.   So the only legitimate way you’re going to be using chat roulette on your iPhone 4g with forward facing camera is going to be by getting the app through Apple’s approval process and into the App store, which is NEVER going to happen.

So maybe Chat Roulette is a bad example.  How about Skype.  Will Apple allow 3rd party videoconferencing apps on their new iPhone when it will almost certainly compete directly with “iVideoChat” or whatever videoconferencing product Apple rolls out with their new phone?  Probably not, unless perhaps a crowd of angry iPhone 4G customers shows up on 1 Infinte loop in Cupertino with torches and pitch forks.

Apple is reshaping the internet in its own image and as a independent developer, I can’t do anything to stop that.  If Steve Jobs could get away with it, I have no doubt that he would axe Javascript support on his devices too.  But until that day comes I’ll be taking the spoils I reap from helping people fix their broken Flash sites, and use it to by something other than a Macbook, iPad, and iPhone OS developers license.   If I can’t beat them, I’ll take any means I can to circumvent being forced into joining them.

The dangers that lurk in Frontier have struck too close to home.  Yesterday I discovered a partially devoured deer carcase not much more than 300 feet outside of my front door. 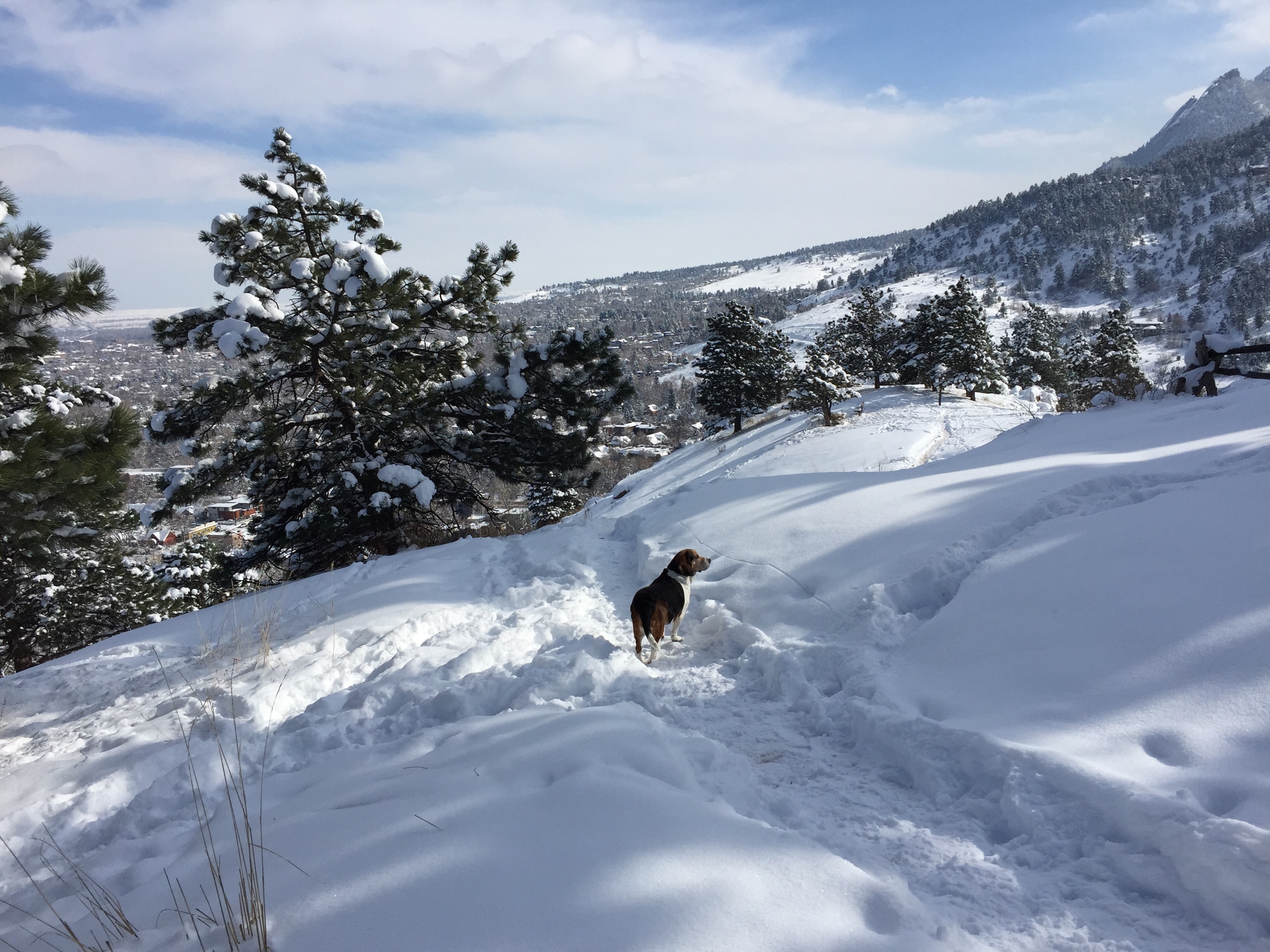 Time to walk the dogs tonight, Like a bullet from a gun Tess the unleashed beagle shot out the door and ran out into the wild. Not far behind was Ruffles my Roomate’s Cocker Spaniel, and Lupin my Neighbor’s Husky/Wolf.

Tess ran up the hill to her prime hunting grounds, a network of critter-tunnels who she has been mapping and excavating.  I thought that Lupin decided to turn around and go back home.   Tess, Ruffles and I went up the mountain, which I was recently appointed mayor of on foursquare after proposing to my fiance.
END_OF_DOCUMENT_TOKEN_TO_BE_REPLACED

This is to the opponents of Illegal Immigration; to those who complain about the burden they place on the United States. To anybody who advocates anything other than a clear path to citizenship for the 12 million illegal immigrants and their families living here.   I’m going to list various ‘solutions’ which I consider unacceptable.  Just let me know which ones you disagree with:

a) dramatically expanding law enforcement of the prison industrial complex to accommodate roundup and detention of all illegal immigrants.

b) Mass deportation of all illegal immigrants.

c) Revoking citizenships of illegal immigrant children so they can be deported too .

d) Take the citizen children as wards of the state and put them in foster care.

e) Create camps for the citizen children who don’t fit in the state foster care program.

f) Termination of all social welfare programs for Hispanics & others.

g) Forced-sterilization of welfare recipients and other poverty stricken segments of the population.

h) Make it a crime for any citizen to have contact with an illegal immigrant, or for any sort of business transaction to be performed with an illegal: whether its picking up day a day laborer, a doctor providing medical care, a land owner renting or leasing property, or a grocery or restaurant providing food… No papers == La migra.

i) Let them become citizens if they pass some sort of intelligence / desirability test, otherwise deport.

j) Build a giant, impenetrable wall between us and Mexico and the US, that puts Berlin, Israel, Korea, and China to shame.

k) Deploy a vast sensor network and military forces to occupy the border.