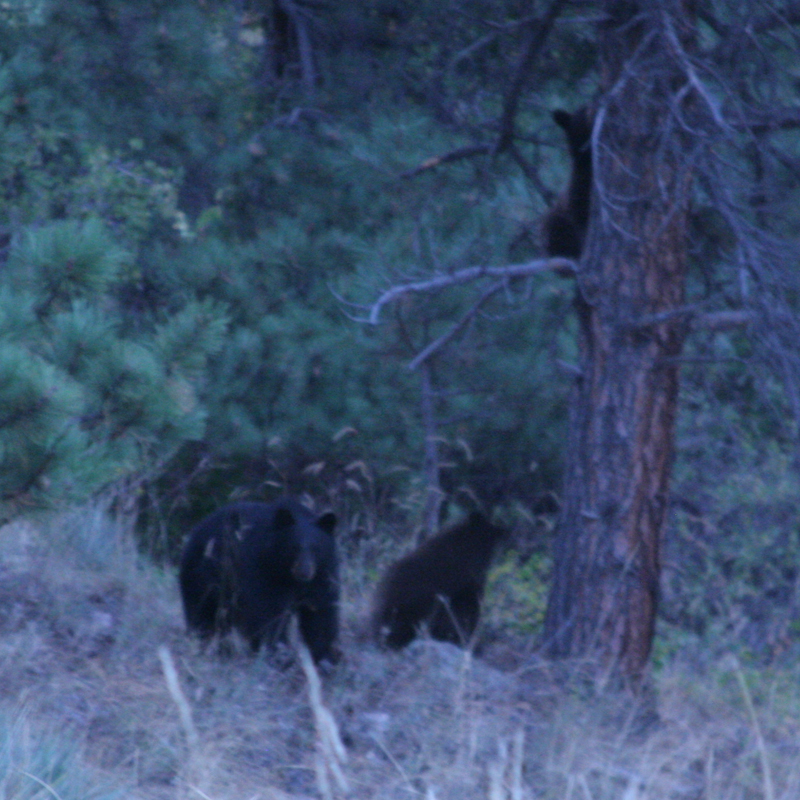 So last night, for my 51st week anniversary as a Coloradan, my dogs and I saw our first mountain lion, something I had always expected could be around the next corner.  I was on my way back from a hike and I saw a set of eyes next to the trail.  The eyes didn’t behave like those of a deer, fox, or skunk, they didn’t glare my light directly for an extended period of time, instead looked away to save getting blinded by the light.

As I approached closer it was clear that it was a cat, and a large one at that.  It was slinking along about 10-15 feet off of the trail that we were passing on.  We were going to the southeast and the lion was going to the northwest.   I had to pull my dogs off its scent trail and order them back in to the house.  The dogs did not act aggressive but more baffled, confused, and even scared of what exactly we were dealing with.   I had my axe drawn and ready for action, but we passed the moutain lion without any sort of conflict.

I didn’t measure it but it looked about the same size as the stuffed Mountain Lion that I had seen at the OSMP Ranger Station Chautauqua.  My neighbor saw it but unfortunately I didn’t get any pictures.  I did spend the day being utterly enchanted by the encounter.  This happened about 50 yards from my back door.

Addendum:  A day and a half after the sighting I found the mountain lion’s kill a few feet from where I saw it.  Click here for graphic picture of the partially devoured deer.

Tonight, I saw my first Bears. A mother and two cubs hanging out on the edge of the Silver Lake Ditch.  This time I had to get pictures:
[nggallery id=1]