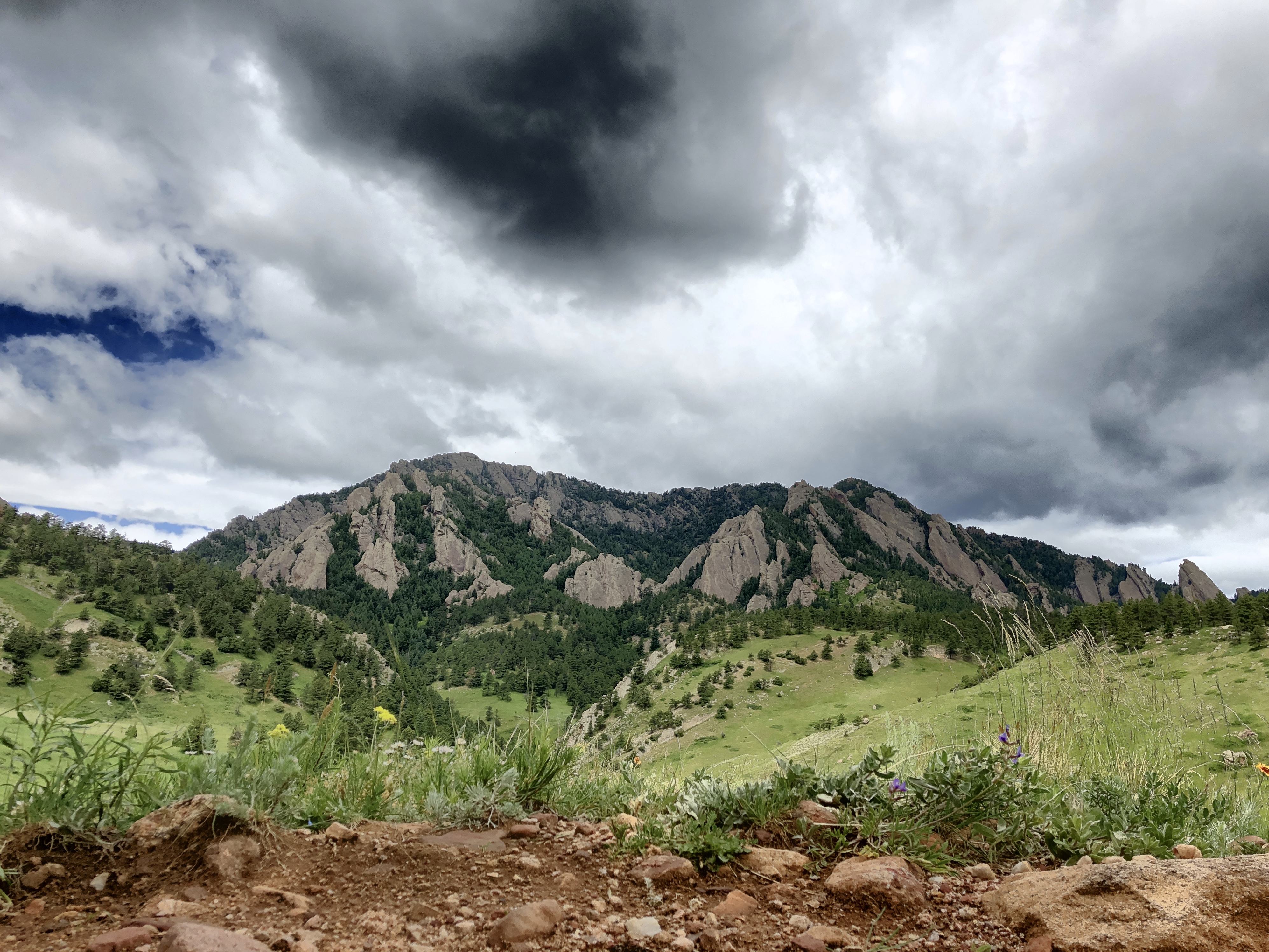 In November of 2021, the people of Boulder elected a progressive supermajority overturning 40 years of PLAN-Boulder county rule. This historic shift in the balance of power of the City Council represents a new path forward for the City. Now the difficult job of governing starts. While the election provided a strong mandate for the type of change our people want, the specifics of policy were not on the ballot.

I, Henry Koren, a private citizen of Boulder created this survey. My priorities are my family, my business and my community. I am a supporter of Boulder Progressives, and the Boulder Cooalition who I distributed literature for in October. I am affiliated with Bedrooms Are For People, but have not coordinate the creation or analysis of this survey with any local groups. While this survey’s policies are unabashadly partisian, I pledge to represent the opposition to these policies as best as I reasonably can.

END_OF_DOCUMENT_TOKEN_TO_BE_REPLACED 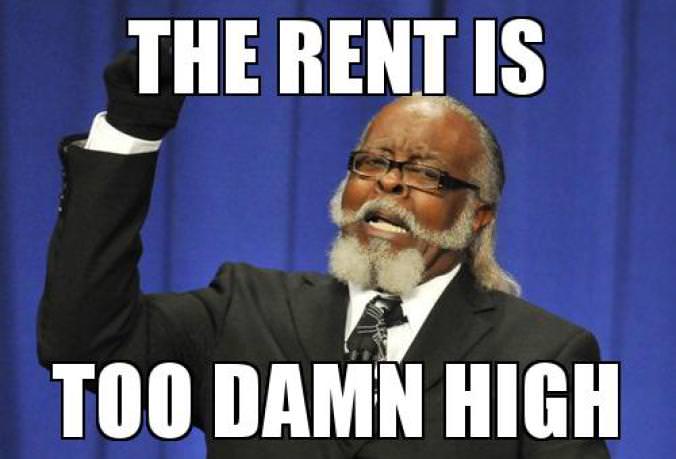 Let’s look back over the last 40 years and learn how Boulder has tried but failed to institute rent controls, and how it could change soon.

In 1980, the City of Boulder passed a citizen initiative to impose rent control in existing buildings that would have capped and tightly regulated maximum rental rates across the city. In 1981 Colorado enacted C.R.S. 38-12-301 that made rent controls illegal.

END_OF_DOCUMENT_TOKEN_TO_BE_REPLACED

Two years ago I wrote about how Boulder’s Sustainable Future is at Stake in November’s Election, and the 2021 election that concludes on November 2nd is no different. The initiatives we adopt and the city council we elect will change the path of our city.

Many of my fellow townsfolk, who probably did not vote with Donald Trump, seem to be on the same page as Trump and the GOP when it comes to urban planning. As Nationalists spent four years fighting against immigration, Boulder Localists have been fighting for decades to defend our suburban lifestyle by limiting affordable housing and defending exclusionary zoning. Localists often say they support affordable housing somewhere, just not near them, and not whatever housing initiatives happen to be under consideration, such as: CU South, Alpine-balsam, 311 Mapleton, Palo Park, Celestial Seasonings, East Boulder, etc.

Boulder instead heavily relies upon over 60,000 migrant workers who on a daily basis commute to town to work and serve the privileged residents of this city. Not just low-income service workers, but many middle-income folks. They have little choice but to congest our streets and pollute our environment with their vehicles. This is not a sustainable arrangement. This is why the Sierra Club supports Urban Infill Development to create walkable communities that don’t rely upon long-distance car travel. The Sierra Club’s position has upset Localists because it flys in the face of their defense of suburban sprawl.

END_OF_DOCUMENT_TOKEN_TO_BE_REPLACED 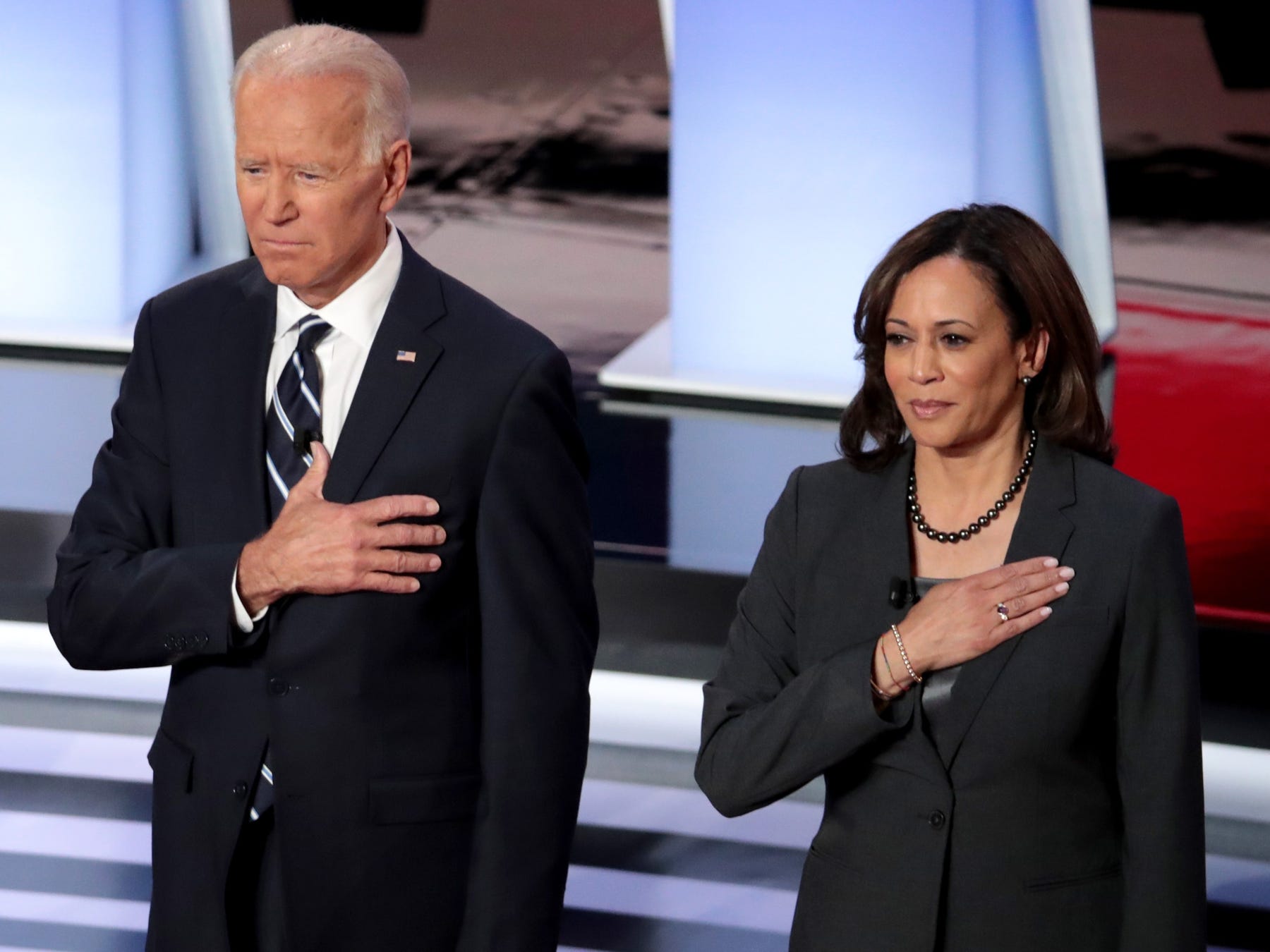 When Trump came down the escalator and said that Mexicans were rapists and murderers, that should have been the end of his campaign. Trump is an incompetent racist misogynistic xenophobic liar and cheater. He has no ethics or morals and he has destroyed the respect the world once had for our nation.

It saddens me that my daughters knew that someone like him is our leader. While he is in office there can be no pride in our country. He has brought nothing but shame to our nation.

Trump’s policies have directly harmed my family. The Trump tax cut did very little to reduce our tax burden. I’m in the business of exporting software and equipment for testing cameras. China is one of my major customers. What Trump did to hurt my business by instigating a trade war with China did orders of magnitudes more damage than I got from the tax cut, My company has lost hundreds of thousands of dollars of sales because of Trump’s Sinophobic aggressions. Important customers were driven to my foreign competition.

We are a nation of immigrants. My wife is an immigrant from Iran. Our Persian family in Iran have been harmed by his sanctions. My dream was to visit my grandmother in law in Iran with my kids so they can meet their great grandmother. His travel ban makes that impossible. Reneging on the Iran nuclear deal was a stupid move which makes the middle east a more violent place. The Persian people are wonderful, and harming them with sanctions accomplished nothing.

By the time the election comes, there will be over 230,000 who have died from COVID-19. So many lives could have been saved if we had a good leader. All it would have taken was listening to the science on masks. The dead cannot vote. Who will speak for them?

Climate change is real, the science must not be ignored. All lives don’t matter until black lives matter. Women’s rights are human rights; we must not allow victims of sexual assault to bear the product of their rape. The rights of LGBTQ+ people and their families must be defended. Nobody should be bankrupted by medical bills.

We cannot allow fascists who have desecrated our flag to continue their reign. It is time for the true American patriots to fly against the winds of voter intimidation and voter suppression to spectacularly and undeniably repudiate this ugly period of our history. 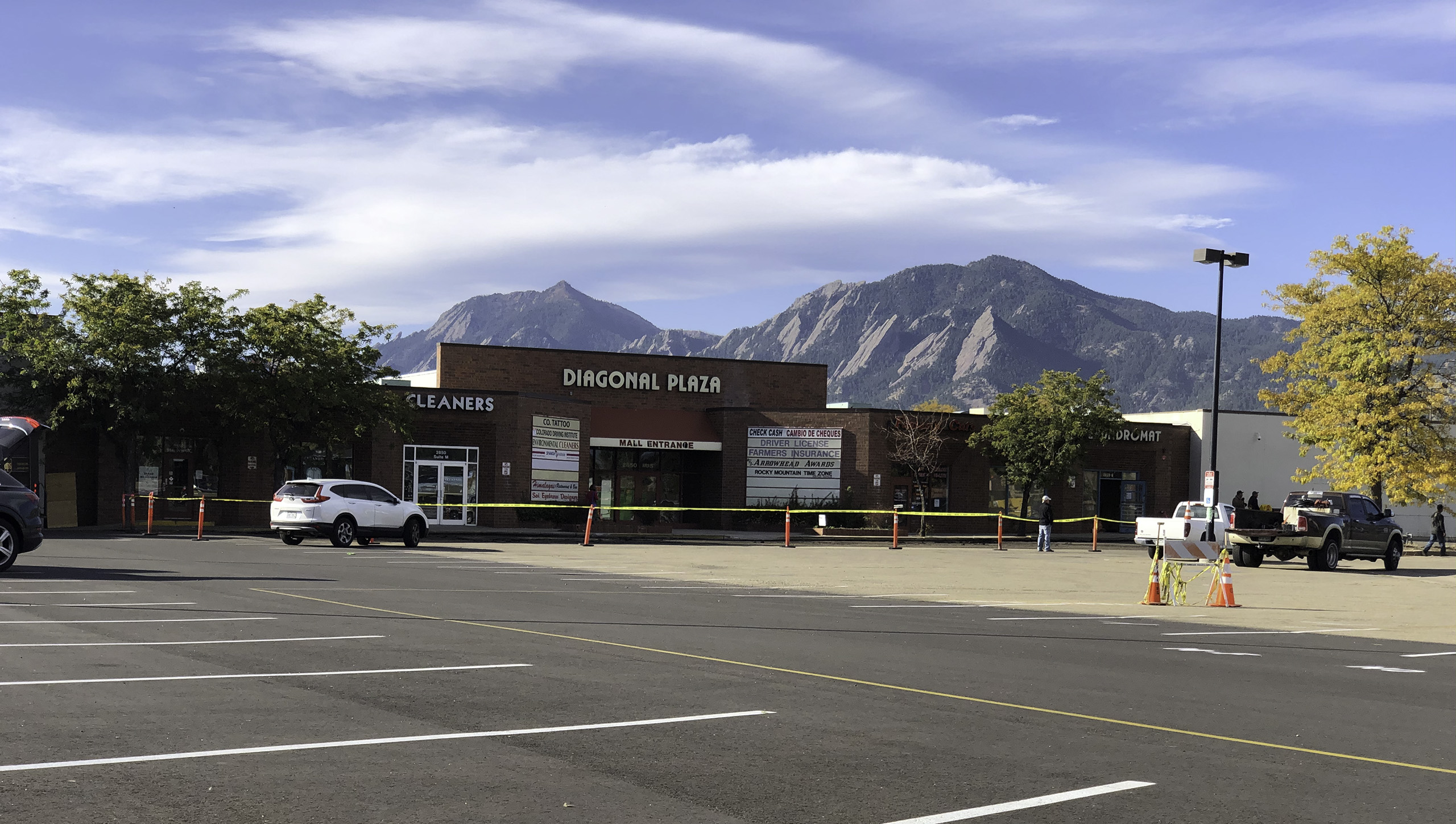 blight /blīt/
1. a thing that spoils or damages something.
2. Vacant, underutilized & sub-optimal Spaces

This photo series highlights vacant and underutilized areas of the city where redevelopment could build homes for people that are currently suffering long commutes to get into town. I started the #BoulderBlight hashtag on October 9, 2019 in an effort to atone for welcoming people to work in this town which lacks adequate housing options.

END_OF_DOCUMENT_TOKEN_TO_BE_REPLACED 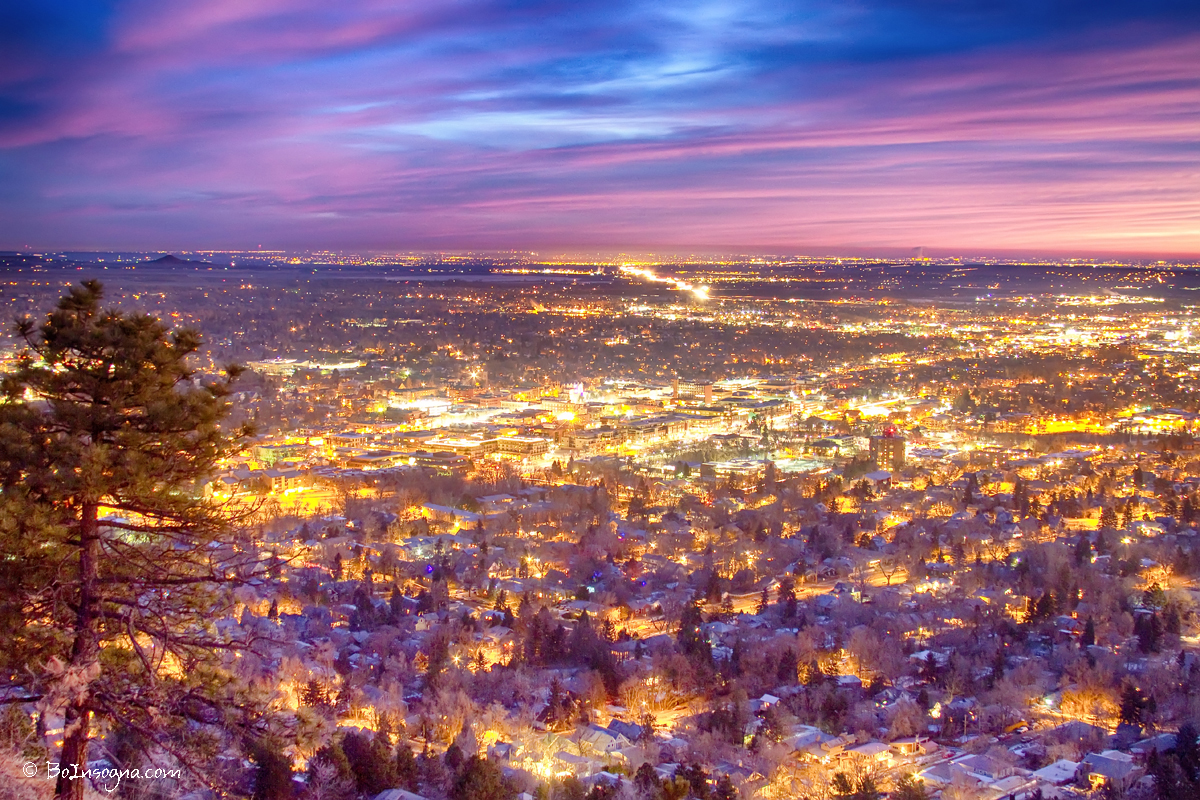 Here you can see some examples of people who hate density. In my opinion, they are very misguided and selfish.

END_OF_DOCUMENT_TOKEN_TO_BE_REPLACED

This article was published as a guest opinion in the Daily Camera on Oct. 11 2019 under the title “Beware of false environmentalism in Boulder”. Please support local journalism!

Let’s consider Boulder’s city council candidates and how they feel about growth. The candidate’s positions fall on a spectrum of wanting intelligent growth, not wanting growth and some who would like to shrink Boulder, eliminate jobs, and preserve the town for the privileged elites who’ve made it here. Anti-density politicians who claim to care about the environment are the most hypocritical drivers of city policy.

In the decade I’ve lived in Boulder, my small business has grown to twenty people. Not all of us can afford to live where we work. There are some who consider my business to be part of the problem. But being lucky enough to live in Boulder has transformed my preferences, from tolerating being stuck in my car for hours a day, to finding the benefits of choosing to ride my bike rather than drive. Many of my currently commuting co-workers would like to be able to live like this.

END_OF_DOCUMENT_TOKEN_TO_BE_REPLACED

There is some common ground between Boulder YIMBY and NIMBY: the dislike of vehicular congestion. The division arises from their principle areas of concern (highways vs streets) and what the optimal solution is (density vs exclusion).

Now that I live in the city limits, there is one more young-ish YIMBY who will be voting for smart re-zoning, inclusive housing policies which will increase density and enable more folks across the front range to live close to where they bike or walk to work.

END_OF_DOCUMENT_TOKEN_TO_BE_REPLACED 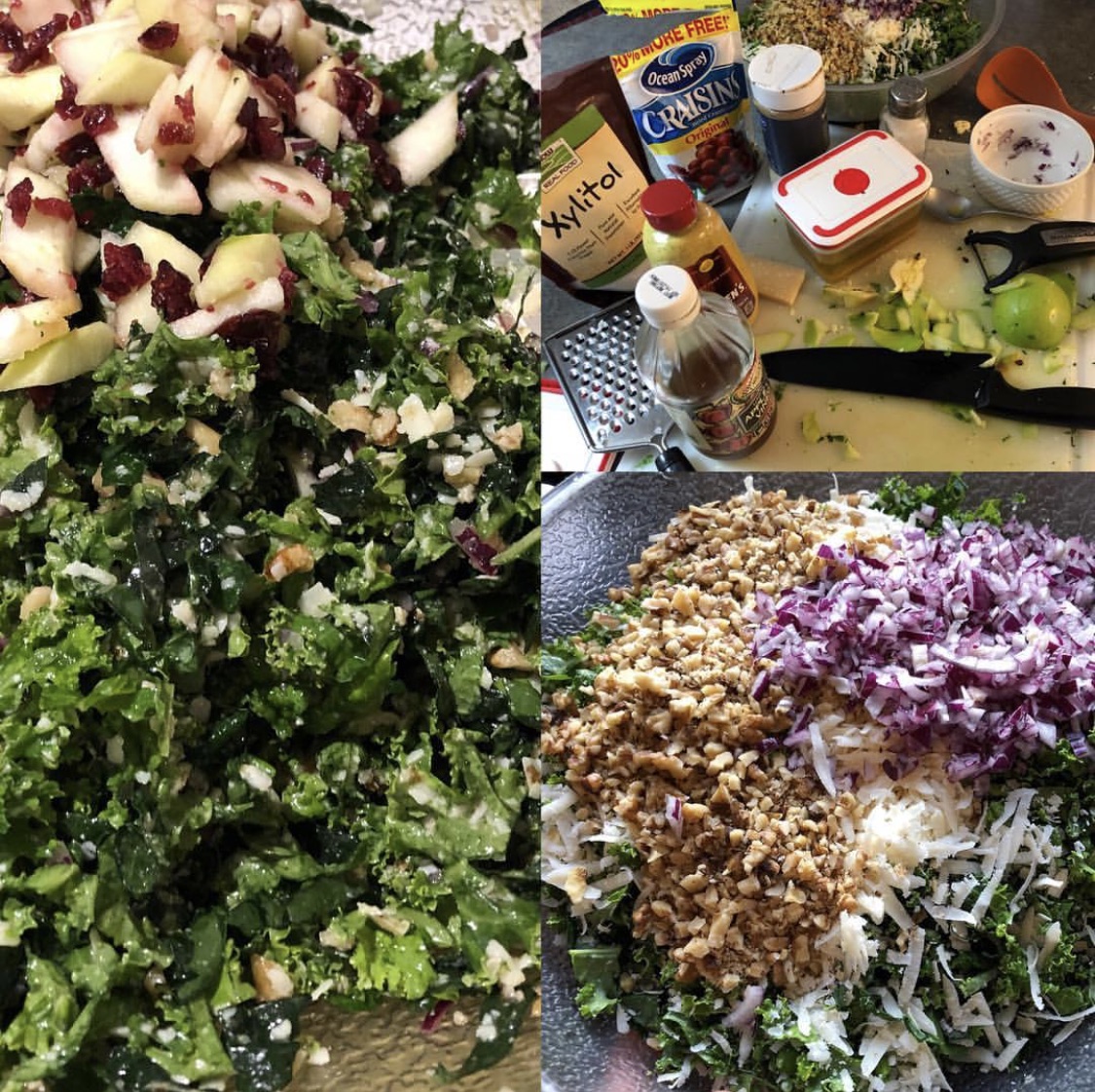 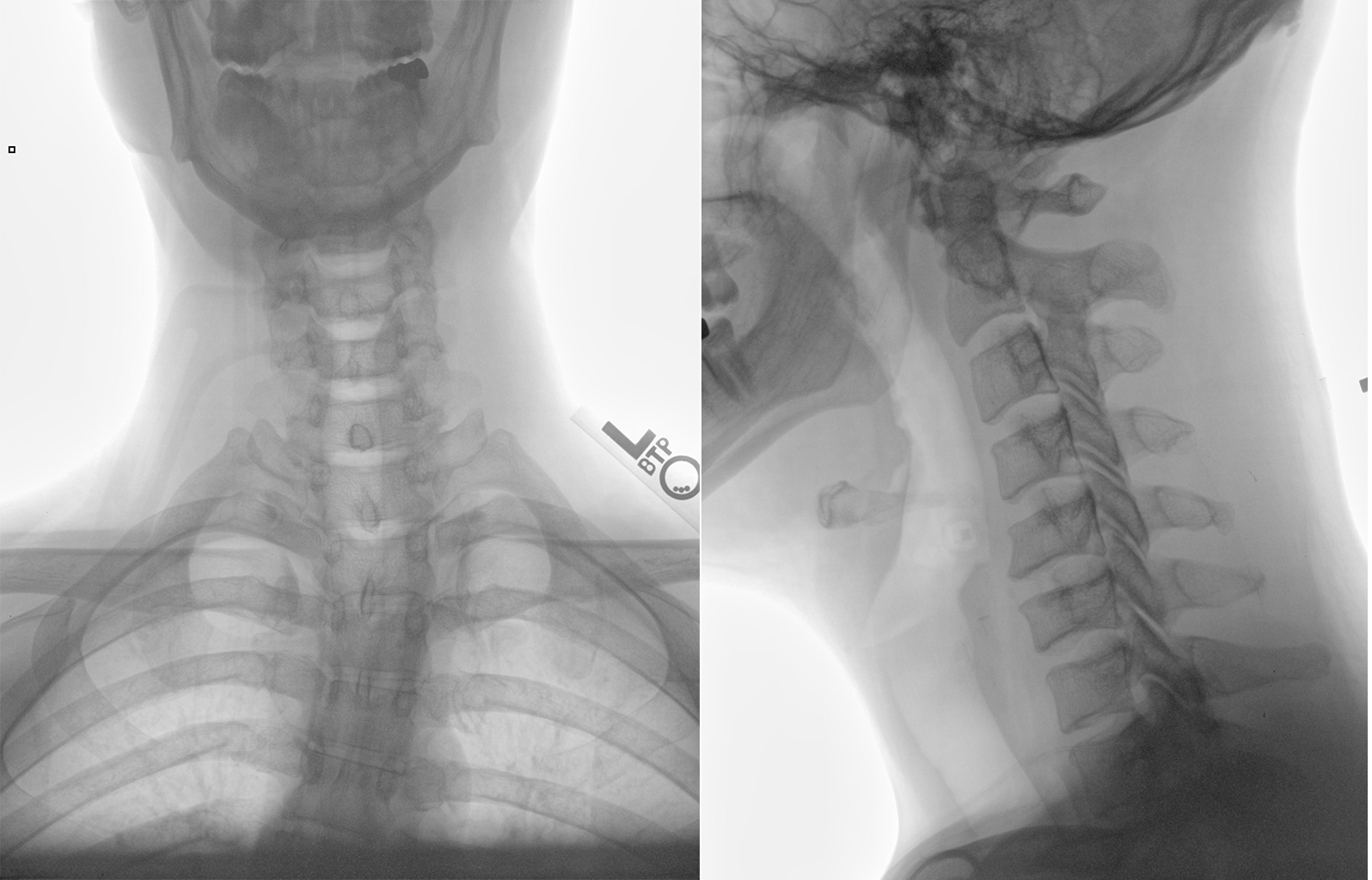 I’ve had back problems for the last decade. Sometimes I would wake up to horrible muscle spasms in my upper back. Doctors initially tried to addressed this with anti-inflammatories & muscle relaxers. They barely masked the symptoms and did nothing to address the root cause.

Moderate scoliosis (curvature of the spine) was suspected as the source of the problem. Physical therapy offered some relief, but the problems always seemed to come back a few months later.