Two years ago I wrote about how Boulder’s Sustainable Future is at Stake in November’s Election, and the 2021 election that concludes on November 2nd is no different. The initiatives we adopt and the city council we elect will change the path of our city.

Many of my fellow townsfolk, who probably did not vote with Donald Trump, seem to be on the same page as Trump and the GOP when it comes to urban planning. As Nationalists spent four years fighting against immigration, Boulder Localists have been fighting for decades to defend our suburban lifestyle by limiting affordable housing and defending exclusionary zoning. Localists often say they support affordable housing somewhere, just not near them, and not whatever housing initiatives happen to be under consideration, such as: CU South, Alpine-balsam, 311 Mapleton, Palo Park, Celestial Seasonings, East Boulder, etc.

Boulder instead heavily relies upon over 60,000 migrant workers who on a daily basis commute to town to work and serve the privileged residents of this city. Not just low-income service workers, but many middle-income folks. They have little choice but to congest our streets and pollute our environment with their vehicles. This is not a sustainable arrangement. This is why the Sierra Club supports Urban Infill Development to create walkable communities that don’t rely upon long-distance car travel. The Sierra Club’s position has upset Localists because it flys in the face of their defense of suburban sprawl.

END_OF_DOCUMENT_TOKEN_TO_BE_REPLACED

This article was published as a guest opinion in the Daily Camera on Oct. 11 2019 under the title “Beware of false environmentalism in Boulder”. Please support local journalism!

Let’s consider Boulder’s city council candidates and how they feel about growth. The candidate’s positions fall on a spectrum of wanting intelligent growth, not wanting growth and some who would like to shrink Boulder, eliminate jobs, and preserve the town for the privileged elites who’ve made it here. Anti-density politicians who claim to care about the environment are the most hypocritical drivers of city policy.

In the decade I’ve lived in Boulder, my small business has grown to twenty people. Not all of us can afford to live where we work. There are some who consider my business to be part of the problem. But being lucky enough to live in Boulder has transformed my preferences, from tolerating being stuck in my car for hours a day, to finding the benefits of choosing to ride my bike rather than drive. Many of my currently commuting co-workers would like to be able to live like this.

END_OF_DOCUMENT_TOKEN_TO_BE_REPLACED 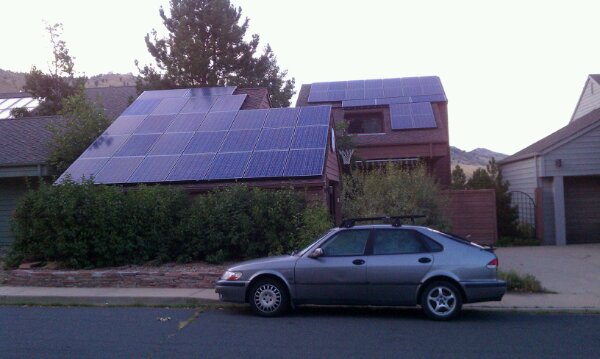