It all started with my Wife writing me a check from her personal account to our fairly recently established joint bank account at Wells Fargo. I was informed that a hold would be placed on the check.

Soon after, my debit card stopped working. I wondered why, so I logged on to my account to check the balance. According to my online banking history, my account had plenty of money, and nothing seemed to be awry. I shrugged it off but did not call them.  Last night, my wife and I received one letter each from Wells Fargo that said that due to a “modified check” being deposited, that all of our accounts with the bank would be closed.

We called Wells Fargo who said that this was a Loss prevention issue, but that their Loss Prevention department was closed for the night.  We called my wife’s bank which the check was written from, and they said that Wells Fargo never tried to post the check to her account.

The next morning I called Wells Fargo Risk Prevention, and they explained that the name on the check did not match the name on the account that the check was written from. So that was the reason that all my accounts were being closed. What happened is that my wife’s maiden name appeared on the check, but her account has since been updated to reflect her married name. So this triggered some sort of CRIMINAL ACTIVITY alert in Wells Fargo’s system, and my account which I have had for 18 years was flagged for termination.

The person Risk Prevention I spoke with was not able to tell me anything useful, or forward me on to somebody who could. He said all his calls were going to voicemail, and that he could write an e-mail but that it “might not work”. I said “how about you call me back once you get in touch with them?”. The tier 1 CSR said that they were “only a call center, therefore lacked the ability to place outgoing calls”, but that they would send an e-mail the 2nd teir people that didn’t seem to be picking up their phones. I gave my phone number and e-mail address hoping I would hear something back from them. Hours passed, nothing.

I called back, and again got to teir 1 of their loss prevention. They tried escalating it to tier two but again seemed to fail to be able to transfer the call up the chain. They were completely ignorant about the situation, and seemed that there were no notes taken down from the previous call. It was as if nothing about why my account was shutdown, nothing about the check with the wrong name, and nothing about my previous call existed in their records.

This time they blamed their investigators on the delay in processing, but said that I should keep holding on the line: “If we disconnect, I would go ahead and service another call”. Translation: We’ll never call you back… that’s not what we do.

I guess that rather than call somebody back, you just have to hold indefinitely. After being on hold for 33 minutes, they finally told me that they had removed the hold on my accounts, but that that all my debit cards were canceled and would need to be reissued. So more phone calls to get my cards reissued, of course they wouldn’t reissue my wife’s card unless she called in herself.

Wells Fargo offered no apologies for what was done or the inconvenience they caused me, and that’s why I’m posting publicly about my experience.

Dear Wells Fargo: this is not any way to treat your customers. 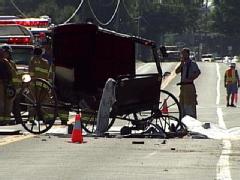