I’m not alarmed by the announcement about cell phone radiation being classified as a Class 2B carcinogen. I’ve been using these techniques to minimize my exposure to radiation long before this announcement was made.

Bluetooth headsets and speakerphones have multiple orders of of magnitude less radiation than a cell phone and allow you to keep the phone away from your body/head.  It’s because their transmissions are only powerful enough to go about 30 feet instead of many miles for a Cell phone tower connection. I absolutely love my Jabra BiAural headset which works for stereo audio in addition to calls.

Use a Wired Headset

This keeps the phone from being put up against your head, avoiding maximum exposure.  You can get a 4-pack of iPhone style knock-off headsets off eBay for about 10 bucks.

the lower your signal strength the higher the transmission emissions from your phone will be in order to achieve a connection. Mitigate your voice call usage and use speakerphones/headsets in low signal conditions.  Also, consider ditching your cell phone carrier that has poor signal strength (cough cough, AT&T, T-mobile, ahem.)  for one that has a stronger connection.

Use WiFi instead of cell phone data

Connect your phone to a wireless internet connection instead of using the 3G or 4G service for data.  Transmitting under 100 feet requires dramatically less power than transmitting to a tower.

Use VOIP over Wifi

After you’ve connected your phone to WiFi, For phone calls, use a VOIP (Voice Over Internet Protocol) service such as Google Voice (Android) or Skype (Android, iOS, Blackberry) that goes over your wireless internet connection instead of your ordinary cell phone tower connection.  This causes your phone to emit dramatically less radiation than a normal cell phone call.  This also saves you from using up your minutes if you have a non-unlimited or pre-paid phone service.  This is the most powerful means of reducing your cell phone radiation exposure!  (other than moving into a Faraday cage)

Use Airplane Mode At Night

If you use your phone as an alarm clock and night light as I do, switching your phone to “airplane mode” at night prevents any radiation from being emitted while you’re in dreamland.  It’s true that you’re not transmitting much energy while you’re not taking a call, but this is still a good idea. 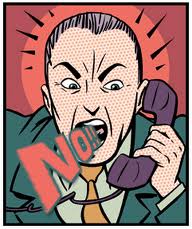 Use text services instead of phone calls

SMS text messages and email data transmissions require dramatically less radiation than a voice call, and are way less annoying to boot.  I tend to discourage anybody from making a voice call to me unless it’s an emergency.

There’s really no need to don a tin foil/faraday cage hat or become a neo-luddite.  Just follow this easy steps and reduce your exposure to a tiny fraction of what it might be now.